Pure essential oils can be subdivided into two distinct groups of chemical constituents; the hydrocarbons which are made up almost exclusively of terpenes (monoterpenes, sesquiterpenes, and diterpenes), and the oxygenated compounds which are mainly esters, aldehydes, ketones, alcohols, phenols, and oxides.

Terpenes inhibit the accumulation of toxins and help discharge existing toxins from the liver and kidneys.

Sesquiterpenes work as a liver and gland stimulant and contain caryophyllene and valencene. Research from the universities of Berlin and Vienna shows increased oxygenation around the pineal and pituitary glands. Further research has shown that sesquiterpenes can surpass the blood-brain barrier and enter the brain tissue. other sesquiterpenes, like chamazulene and farnesol. Chamazulene may be found in chamomile, tansy, and yarrow.

While offering a variety of healing properties, the most important ability of the monoterpenes is that they can reprogram miswritten information in cellular memory (DNA). With improper coding in cellular memory, cell malfunction, and diseases. 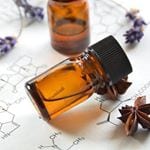 Esters – are the compounds resulting from the reaction of an alcohol with an acid (known as esterification). Esters are very common and are found in a large number of essential oils. They are calming and relaxing.

Aldehydes – are highly reactive and characterized by group C-H-O (Carbon, Hydrogen, Oxygen). In general, they have an effect on the central nervous system. They can be quite irritating when applied topically (citral being one example) but may have a profound calming effect when inhaled.

Citral is very common with distinctive cleaning action.
Citronellal is also very common and has the same lemony scent as citral. Along with citral and neral, citronellas may be found in the oils of Melissa, lemongrass, lemon, mandarin, lemon-scented eucalyptus, and citronella.
Elements of aldehydes have also been found in lavender and myrrh. Other aldehydes include benzaldehyde, cinnamic aldehyde, cuminic aldehyde, and perillaldehyde.

Ketones – are sometimes mucolytic and neuro-toxic when isolated from other constituents. However, all recorded toxic effects come from laboratory testing on guinea pigs and rats. No documented cases exist where oils with a high concentration of ketones (such as mugwort, tansy, sage, and wormwood) have ever caused a toxic effect on a human being. Also, large amounts of these oils would have to be consumed for them to result in a toxic neurological effect.

Ketones stimulate cell regeneration, promote the formation of tissue, and liquefy mucously. They are helpful with such conditions as dry asthma, colds, flu, and dry cough and are largely found in oils used for the upper respiratory system.

Thujone is one of the most toxic members of the ketone family. It can be an irritant and upsetting to the central nervous system and may be neuro-toxic when taken internally as in the banned drink Absinthe. Although it may be inhaled to relieve respiratory distress and may stimulate the immune system. It should only be administered by an educated and professional aromatherapist.
Jasmone (found in jasmine) and fenchone (found in fennel) are both non-toxic.
Other ketones include camphor, carvone, menthone, methyl nonyl ketone, and pinacamphone.
Alcohols create an uplifting quality and are regarded as non-toxic.

Other terpene alcohols include borneol, menthol, nerol, terpineol, (which Dr. Gattefosse considered being a decongestant), vetiverol, benzyl alcohol, and cedrol.
Sesquiterpene Alcohols are ulcer-protective (preventative).
Bisabolol is one of the strongest sesquiterpene alcohols. It may be found in chamomile oils where it also functions well as a fixative.

Phenols – are responsible for the fragrance of the oil. They are strongly stimulating but can also be quite caustic to the skin. They contain high levels of oxygenating molecules and have antioxidant properties. Phenols clean receptor sites of cells so sesquiterpenes can delete faulty information from the cell.

The following essential oils contain Phenols, in the order of strength.

Eugenol may be found in clove and cinnamon oil.
Thymol is found in thyme and may not be as caustic as other phenols.
Carvacrol may be found in oregano and savory.
Others in the phenol family include methyl eugenol, methyl chavicol anethole, safrole, myristicin, and apiol.

Oxides – According to The American Heritage™ Dictionary of the English Language, an oxide is “a binary compound of an element or a radical with oxygen”.

Cineol (or eucalyptol) is by far the most important member of the family and virtually exists in a class of its own. It works as an expectorant. Cineol is well known as the principal constituent of eucalyptus oil. It may also be found in rosemary, cinnamon, melissa, basil, and ravensara.
Other oxides include linalol oxide, ascaridol, bisabolol oxide, and bisabolone oxide.

All pure essential oils have some healing properties. They increase the production of white blood cells, which help fight infectious illnesses. It is through these properties that aromatic herbs have been esteemed so highly throughout the ages and so widely used during the onsets of malaria, typhoid, and of course, the epidemic plagues during the 16th century. Research has found that people who consistently use pure essential oils have a higher level of resistance to illnesses, colds, flues, and diseases than the average person. Further indications show that such individuals, after contracting a cold, flu, or other illness, will recover 60-70 percent faster than those who do not use essential oils. 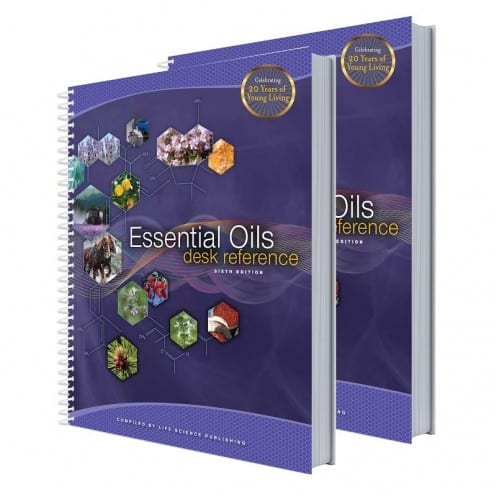 The Chemistry of Essential Oils Made Simple, by David Stewart.

Many of these chemical compounds have been identified, and new ones are being discovered, but many remain unknown, and the relationships between them are not well understood. However, these molecules can be grouped together into families, each with its own therapeutic properties.

A representative of this is the following chart.

Chemically, essential oils are very heterogeneous, giving the same oil many diverse effects within the body. A single essential oil can play many different therapeutic roles. This is very different than the effects of synthetic chemicals, which have only a single action.

Because of their chemical complexity, essential oils don’t disturb the body’s natural balance — or homeostasis. If one constituent exerts too strong an effect in one direction, another constituent may block or counteract it. For example, certain aromatic molecules in oil may be very stimulating — both psychologically and physically. But, the same essential oil may also contain constituents that are calming and sedating, helping to overcome anxiety or hyperactivity. And, because the oils are natural substances, they tend to go only where they’re needed and provide only the action needed to help restore the body’s natural balance.

The same oil may have significantly different effects on a person from one application to the next, depending on his/her need at that moment.

This quality of essential oils makes aromatherapy very safe and, incidentally, makes choosing the right oil-less problematic. This is in stark contrast to synthetic chemicals, which often interrupt the body’s homeostasis, forcing an action based upon the chemical’s make-up, not on what the body needs. Another interesting point: while it’s possible to duplicate these chemical constituents in the laboratory and blend them into a concoction that smells like essential oil, scientists have yet to duplicate the therapeutic effects of a truly therapeutic-grade essential oil.

Young Living Essential Oils are therapeutic grade oils, created with skill from our essential oil farms that play an integral role in the Seed to Seal promise. You should educate yourself about the quality and why it’s important before buying essential oils. To learn more, click here.